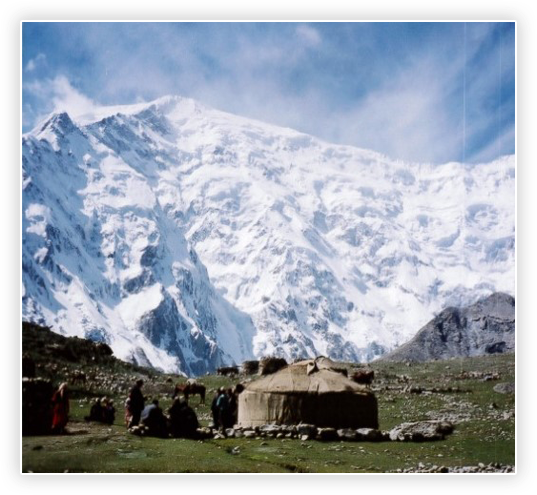 My world, my drawings 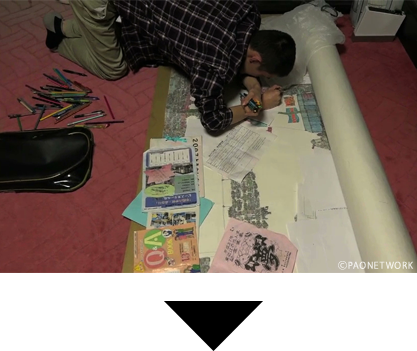 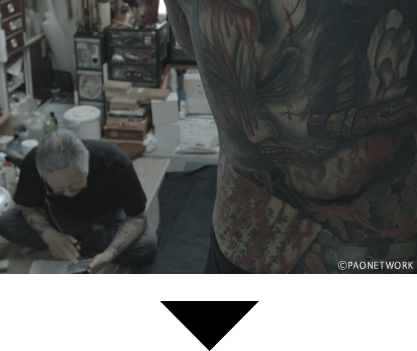 My world, my drawings

He creates an imaginary world. He collects information from TV and Internet and processes it through his own “filter.” He is very knowledgeable on current global issues. He is especially interested in China, Russia, and North Korea. He is attracted to powerful images of their economic development, military power, and autocracy.

On the contrary, his drawings are fine, colorful, bright, and whimsical. He slouches his tall slender body of 185 cm when he draws. “In my drawings, I’m freely expressing my thoughts. I’m drawn to something powerful. This is because it’s my ideal” says, Norimitsu. He has almost no contact with people outside of his family. His drawing shows how and who he is and helps others understand him better.

He tends to wonder “what if he went to college, what if he works at a regular company, what if he had no disability?” He wonders how he can be more independent. He considers himself as a child because he still lives with his parents, depends on them financially, and receives welfare for disability. How will I live after my parents pass?” he asks. He starts to prepare for his independence by doing more housekeeping work, such as doing dishes, and cleaning the bathroom, and so forth. He now goes to a driving school in order to obtain a driver’s license.

“My world, my drawings” is on filming phase and expected to broadcast on March 2017 around Asian region.

We follow traditional tattooist Horiyoshi III, an artist held in high esteem by his peers, as he tries to create a final tattoo suitable to crown his 45-year career.

‘Shu-ha-ri’ refers to the process of an apprentice following the master’s technique, breaking away from tradition, and finally finding complete freedom within one’s own style.  This description of the relationship between master and student applies to many aspects of Japanese traditional culture, including the tea ceremony, martial arts and various crafts.  Traditional tattooist Horiyoshi III is held in high esteem by his peers, as he continually tries to achieve ‘shu-ha-ri’.  He is now working on his final piece of art.  We follow Horiyoshi III as he tries to create a tattoo suitable to crown his 45-year career.

Horiyoshi III has tattooed more than 7,000 people.  His services are booked six months in advance, and his clients include famous artists and many visitors from overseas.  His tattoos are traditional Japanese ‘wabori’, which use the technique of ‘bokashi’ to create delicate gradations.  Overseas tattoo artists also are impressed by the technique of inking by hand rather than using a machine.  Horiyoshi III’s prominence is also due to his unique designs, which are the results of careful research into the work of artists such as the ‘ukiyo-e’ master HOKUSAI Katsushika.

His son, Horiyoshi III (Junior), also is fighting his own battle to step out from his legendary father’s shadow, and must eventually try to achieve ‘shu-ha-ri’ himself.  Horiyoshi III guides his son to help him become Horiyoshi IV.  By following Horiyoshi III as he completes his final work, we can see what the future holds for traditional Japanese tattoo artists.

“Inking a Last Masterpiece” is on filming phase with our own money for two years. We respectfully welcome international co-producers and funds to complete production. Filming would continue for more 2 years, and the length would be around 90 mins to release as a documentary movie around the world.

For inquiries, please send to the email address below.